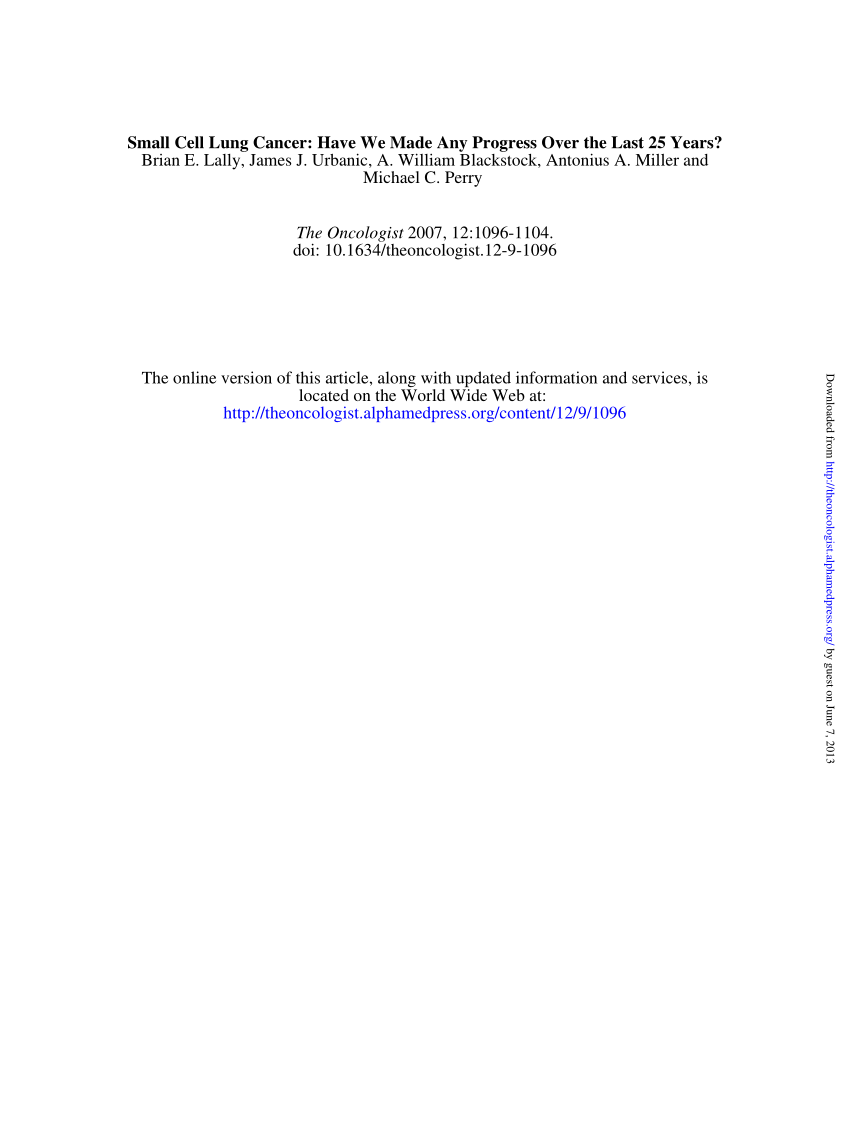 Comparison of once and twice daily radiotherapy for limited stage small-cell lung cancer.

Formal discussant Taofeek Kunle Owonikoko, MDof Winship Cancer Institute of Emory University, Atlanta, said it has been controversial whether to use once-daily or twice-daily radiation therapy in this patient population. Survival in both arms was higher than previously reported. The study enrolled patients with histologically or cytologically caogb SCLC recruited from 73 centers in 7 European countries and Canada between and Clinical Applications of Genomic Studies R.

Comparison of once and twice daily radiotherapy for limited stage small-cell lung cancer.

Adverse events were not significantly different between the two groups as well, with the exception of more neutropenia in patients treated with twice-daily radiation therapy. High-dose radiation therapy to the lungs and esophagus in the once-daily arm did not seem to translate to a significant difference between the arms in terms of esophagitis or pneumonitis.

It evaluated the optimization of chemoradiotherapy in limited-stage SCLC. By Alice Goodman June 25, Advertisement. In this trial, survival was higher than previously reported in other trials of this patient population, and radiation toxicities were lower calhb expected. 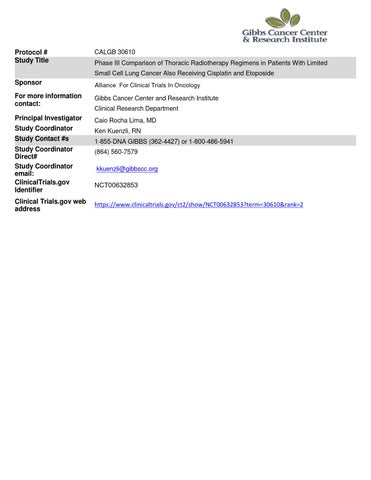 It was challenging to accrue patients with this disease. Radiation-related toxicities were lower than expected likely due to the use 3010 modern RT techniques These inconclusive results suggest that either schedule can be used in this setting. No statistically significant differences between the two groups were reported for the rates of progression-free survival or local or metastatic disease progression.

There was one death in the twice-daily group and two in the once-daily group due to radiation pneumonitis. Eighty percent of patients had stage III disease.

Patients with any response were offered prophylactic cranial radiation therapy. Expert Point of View: There was no statistically significant overall survival difference between the groups. Seidman, MD, and Charles E.